From Paella & Bolly to Pie & Brolly!

Well, after a week away in the Canary Islands (think bikini clad dolly birds strolling along the palm tree-lined marina) it’s back to the Sheffield & Tinsley cut (think donkey jacket clad fitter scratching his hairy arse on his fag break, tip-toeing around the dog shit as he flicks his fag butt into an altogether different marina).

I did toy with the idea of taking some lure fishing gear over there with me this year, but I really didn’t have the enthusiasm for it. On the odd occasion when I have taken gear abroad I’ve found it a bit of a chore to find suitable fishing spots (especially since you are not allowed to fish the Spanish harbours / marinas these days). In Menorca a few years ago, I woke up at the crack of a sparrow’s fart and went fishing from the rocks on several occasions, but more often than not I found myself 30ft above the water and I ended up losing the equivalent of my own body weight in leads. I was also mindful of Lee Swords’ experiences with broken rods, etc. when he travelled to the Canaries previously (see here), so I didn’t bother. I did still take an interest in the resident fish though, and loved feeding the shoals of mullet in the crystal clear harbour, watching hundreds of them destroying the large chunks of bread we were throwing in. 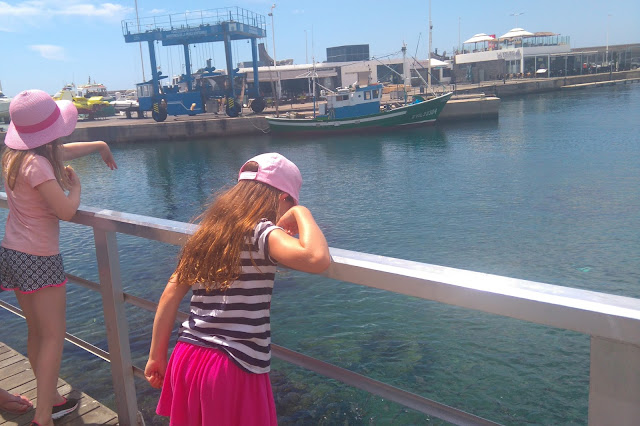 If it were possible to fish these spots, and if you were somewhat unsporting in your approach, I’m sure you could bag up using something akin to a floating method feeder. I’m not talking about the barbaric multi-hooked contraptions (possibly of eastern European origin) that are occasionally found on the banks in the UK, I’m thinking of an altogether more delicate approach. Anyways, it’s all academic, since it’s 2000 miles away and you’re not allowed to fish there!

So, back to the cut, and in walking the bank during my lunch break, I was surprised to see no fewer than five anglers wetting a line within a 100m stretch. 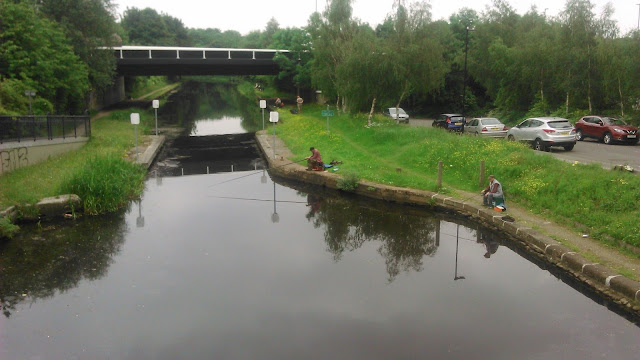 Over recent weeks I have noticed an increase in the number of splodgers here, initially one or two – three at most, and relatively well spread out at that. Five individuals could suggest that the fishing is shit hot at the moment, or that there’s been a feature shot here by one of the angling publications recently, or it may just be by chance. Whatever, I’m not used to sharing the banks with anyone, so I hoped that by the time I returned after work, they would all have buggered off. They hadn’t.
I headed away from the crowds(!) and down to the narrowing where I “hooked” the sizable perch previously. On the way there I scanned the water for the whole ½ mile or so, and was reminded of the huge numbers of small roach that this stretch holds. As you would imagine, the relatively hot weather brings them up in the water, and with the Polaroids on it’s easy to spot the large shoals milling around, often very close in – something which, again, reinforces my view that this canal could sustain some clonking great stripies. 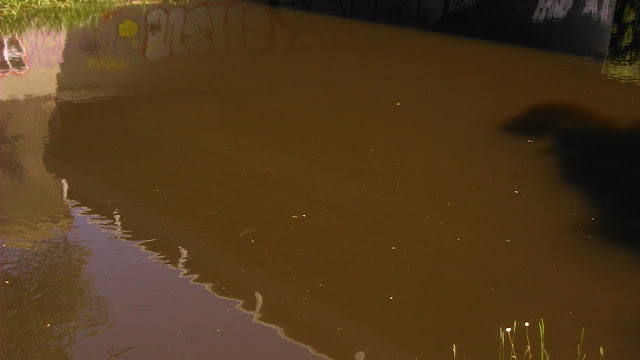 Nothing happened at the narrowing so I decided to try elsewhere. I have had some success lately targeting perch by sight. This stretch can be very shallow at the near bank and when the water is fairly clear it is possible to see the small groups of juvenile perch down the edge as you approach. 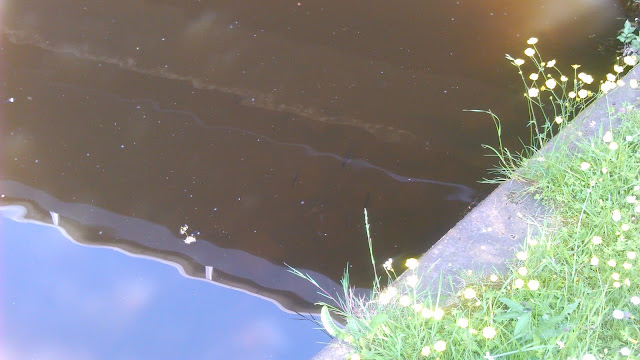 I’ve found that by stopping just short of them and lowering in the drop shot rig a couple of feet away (so as not to spook them), the first perch to see the lure will make a bee line for it, then bang – Bob’s your nanan. My problem today was that the water wasn’t so clear that I could identify the species from the required distance. Time after time I would find a group of “perch”, lower in the rig, and see one or two approach the lure to see what it was. Then a few more would come for a look. Then the whole shoal would arrive before magically turning into roach! If I’d had a small whip with me, a light rig and some brandlings I could have used the same approach and bagged up on them. Maybe next time? Anyways, I did catch enough perch to keep me happy along the way. 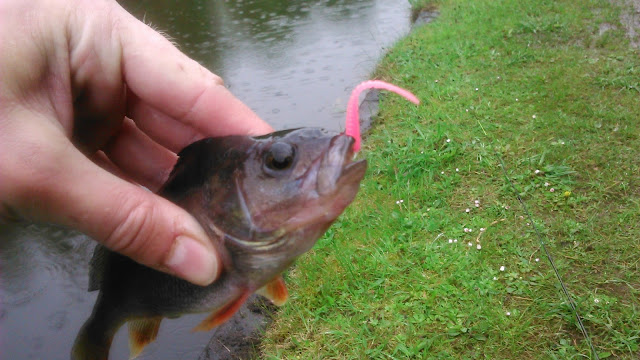 The session was most notable for a half hour chat I had with John Lam – a very knowledgeable and enthusiastic angler, and genuinely nice bloke too (check out his Facebook blog here). He very kindly shared some of his findings and confirmed a few stories I had heard about various local venues. He also re-affirmed some theories I had about the Sheffield & Tinsley canal too. I won’t be divulging any of the information here, or anywhere else for that matter!
Like me, he’s itching to get back on the rivers from next week. 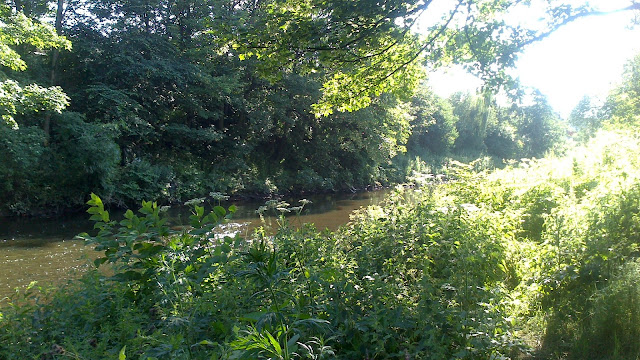